HALF of women have done no vigorous exercise in past 12 months, survey says

HALF of women have done no vigorous exercise in past 12 months, survey says

Almost half of women have done no vigorous exercise in the past 12 months, a poll has suggested.

The rate is lower for men, with just over a third claiming they had not worked out in that period.

The data comes from a survey of 8,000 adults by the Nuffield Health charity.

Britons are advised to do at least 75 minutes of vigorous exercise every week, such as running or swimming, or two-and-a-half hours of moderate activity, such as brisk walking or tennis. 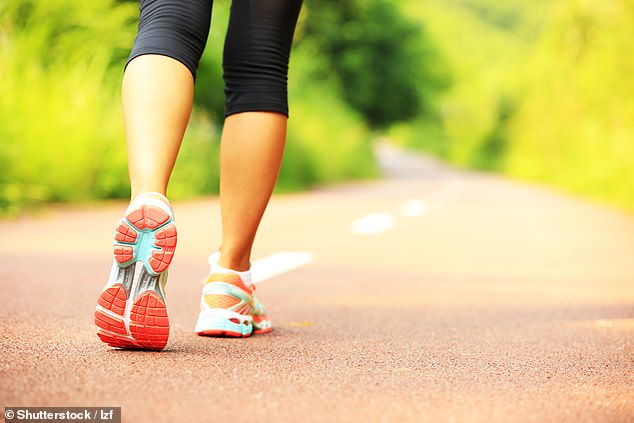 The results of an online survey of 8,000 adults across the UK in February suggested that 38 per cent of women said they fell out of the habit of exercising during lockdown

The results released today show more than a third of women reported that their physical health got worse in the previous 12 months.

Meanwhile, 47 per cent said they failed to do any vigorous exercise.

When it came to men, 28 per cent said their physical health had declined in the same period and 34 per cent admitted not doing any vigorous activity in that time.

Two-thirds of women cited a lack of motivation, compared with half for men.

And 35 per cent of women reported that they did not know where to start when it came to exercise compared with 28 per cent of men.

More than half (55 per cent) said a lack of time due to work was a barrier, compared to 46 per cent of men.

Ms Murray, an ambassador for the Healthier Nation Index, said women especially are ‘struggling to find the time to focus on their wellbeing’, she said.

Ms Murray added: ‘I hope everyone can spare a few minutes to find something active they enjoy doing, as well as finding someone that they can do it with.

‘Exercising with friends helps me find both motivation and routine as well as providing an extra boost for my mental health, so I encourage everyone to gather friends and get moving together.’

Nuffield has launched a Find Time For Your Mind campaign which aims to encourage people to do five extra minutes of exercise a day to boost mental and physical wellbeing.

It comes as the UK faces a worsening obesity crisis. The latest data shows 64 per cent of adults were either overweight or obese in 2019.

However, an analysis by Cancer Research UK last released last month predicted more than 42million adults in the UK will be overweight by 2040, about 71 per cent of the country.

Exercise is one of the best ways to lose weight, with the NHS recommending that adults try to do some exercise every day, or at least four or five days.

They also advise Britons to reduce the time they spend sitting or lying down and to break up long periods of not moving with some physical activity.

HOW TO STAY HEALTHY THROUGH EXERCISE

Adults are encouraged to do some type of physical activity every day. Exercise just once or twice a week can reduce the risk of heart disease or stroke.