Local woman hoping to be named Ms. Health and Fitness. Here’s how you can help.

Jo Lawrence is a personal trainer at the YMCA in Idaho Falls and she just entered a national contest in hopes of being featured on the cover of a fitness magazine. | Rett Nelson, EastIdahoNews.com

IDAHO FALLS – A local woman is hoping to win a national contest and she’s asking for your support.

Jo Lawrence has been a personal trainer at the YMCA in Idaho Falls for many years and works as a trainer and nutrition coach at Melaleuca. She’s worked with clients nationwide and recently got wind of a women’s fitness competition sponsored by Muscle and Fitness Her magazine.

“You have to get as many votes as you can to get recognized as the next Ms. Health and Fitness,” Lawrence tells EastIdahoNews.com.

The candidate with the most votes at the end of the competition wins $20,000 and will be featured on the cover of an upcoming issue of the magazine.

The contest was open to anyone who is fit and living a healthy lifestyle. Lawrence is one of dozens of candidates who applied. She says it was a friend of hers who first heard about it and suggested she apply.

“I’m not a social media girl at all. I’ve been trying to do it a little more, but (as I looked into it), I thought, What the heck! Why not!,” says Lawrence. “I try to stay fit and strong and healthy for my clients, my family and my kids as an example.” 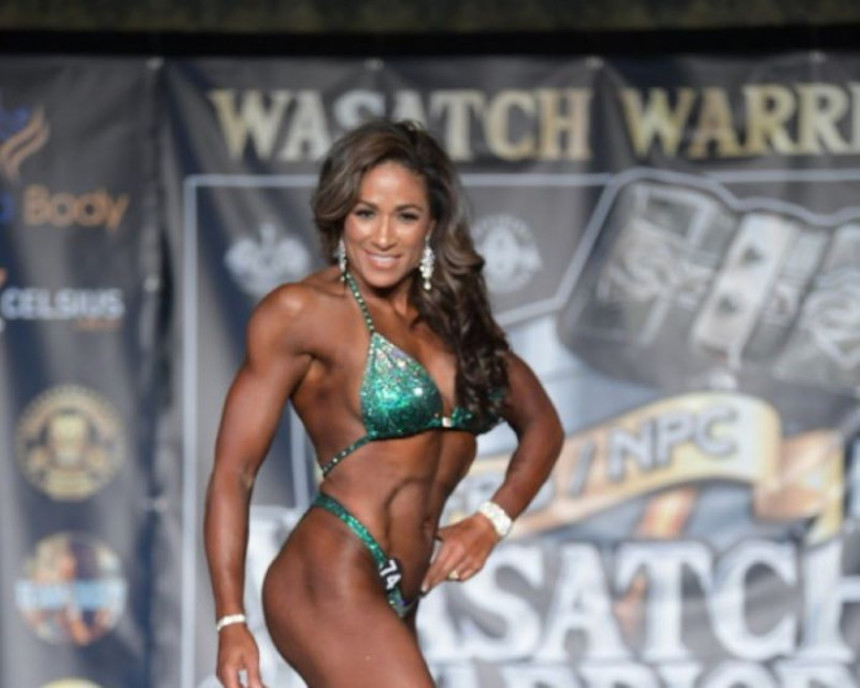 Physical fitness has been important to Lawrence since she was a child. One of the things that drew her to that lifestyle was the example of those around her.

“My stepmom was a big woman. I loved to workout and run but I also loved to eat. She would say, ‘If you keep doing that, you’re going to look like me one day.’ I saw how unhealthy she was and I did not want that to be me. I swore then that I would not be like that,” Lawrence explains.

Lawrence says she was a cardio junkie throughout her early adult years for the purpose of staying lean and fit. She never really had a specific goal in mind until she turned 39.

That’s when her expectations became a lot bigger.

“When I turned 39, my goal before I hit 40 was to do a competition. I wanted to reshape my whole body. I’ve been addicted since then,” she says.

Lawrence is now 51 and after this competition, her next goal is to start training to climb to the base camp of Mt. Everest.

Lawrence has worked with hundreds of clients over the years and she says it’s rewarding to help others with their fitness goals.

“I train both men and women, but my female clients I especially enjoy training because a lot of them don’t realize what weights can do for you. They think weights are going to bulk you up like Arnold, but I try to get it in their head that (using weights) will help them lean out, gain muscle and look healthier,” she says.

Another common issue she deals with among women is the mentality that eating carbs will make you fat.

“Eat all the carbs, please, honey,” says Lawrence. “That’s what helps you to get muscle.”

In a world that is saturated with messages about body image, Lawrence says it’s an ongoing challenge to help clients overcome negative stereotypes and change their mindset so they can achieve their goals.

For those looking for some motivation to be healthy and fit in their daily life, Lawrence offers some basic tips.

When it comes to eating, Lawrence says don’t think in terms of dieting. Instead, just tweak what you’re already eating to make it a little more nutritious. Moderation is the key, she says.

Lawrence is asking for your vote to help her win this competition. Voting is open until June 24 at 8 p.m. There is no limit on how many times you can vote, she says, but you’re only allowed one vote a day.

To cast your vote or learn more, click here.